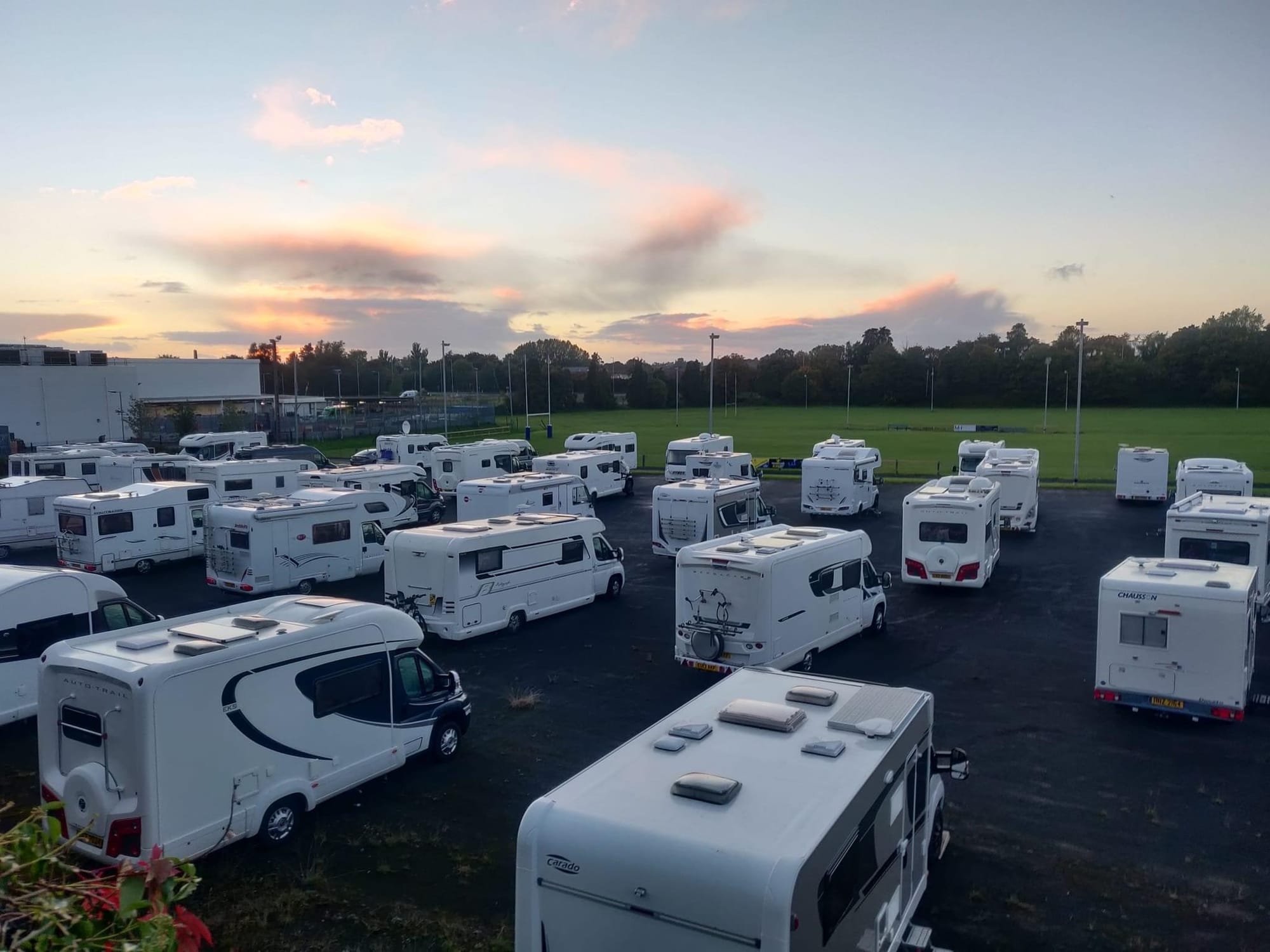 An amazing 72 vans were checked and parked up by hosts Andy Clarke and Sam Arlow with a little help from Lesley Rixon, Robbie and Irene Hewitt. It started out dry but soon rain had umbrellas covering the helpers but most importantly the sign in sheets. The Welcome sheet stated that fees would be taken in the club house, once parked up, but due to the clubhouse not being available until after 5pm meant that Paul Rixon, our new Treasurer, began taking the fees from his van. Word spread and soon he had, for his initiation on the Zettle, a long queue. He coped admirably. Word also spread that the new chef Ryan, in the newly named restaurant Flat Dogs, was serving well-presented and appetizing meals. Many booked for restaurant on the Saturday night and despite the amount of people all were served and no complaints were heard. Well done to all the staff.

Ye Ha and the Sun shone on Saturday. A few cycled the Newry path. Some got their usual fry ups and chatted with friends until they were ready to wander up the town. With the sun continuing to shine there were a great many people browsing the stalls. Pockets were emptied as children threw balls at skittles and tried to get bobbing ducks on their sticks in the hope of winning prizes. A few Stetsons were also seen, please check out the gallery. The main show stage resounded with good auld country music and along with the foot tapping a few showed off their line dancing skills. On Saturday evening friends gathered in the club house to chat and relax. All in all, the mood was good.

Sunday morning get together: Quiz (Sudoku puzzle) was won by Eleanor McFadden. Number plate draws were won by Olivia Everett, Paul Rixon and Alex Mellon. Thanks to Hosts and all who came along to support them. Hope to see you all at next rally in Newtownards.